How to Sex Sussex Chickens


When you incubate your own eggs not only can you not count your chickens before they're hatched but you can't predict how many will be hens and how many will be roosters.
Last year I just had six and for a long time I optimistically thought I had five hens and a rooster. Wishful thinking and ignorance on my part. I actually had three of each. Now that I know how to tell the difference (without waiting till they lay eggs or crow) I am interested to see how young it is possible to tell.
These chicks are one week old. Four are yellow and three are lighter with a black stripe on their heads. The black and white wing feathers are the first to develop. 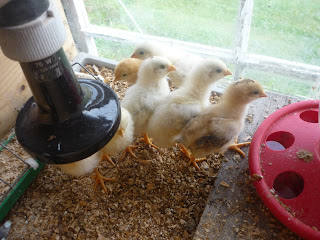 These chicks are four weeks old. The wing feathers are mostly in place and they are beginning to develop the collar feathers on their necks that are the key indicator of gender. 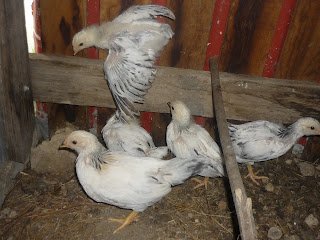 This four week old chick is the tallest and has the most developed tail feathers. The photo shows the neck and the difference in these collar feathers is that roosters have pointed feathers and hens more rounded. It would seem from this photograph that at four weeks it is possible to deduce that this bird is a rooster. For some of the other chicks it may take a week or so longer. 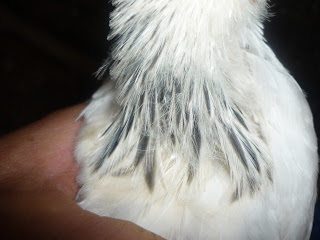 In the foreground the two hens have the darker necks with rounded collar feathers. The roosters in the background have lighter but more pointed ones. 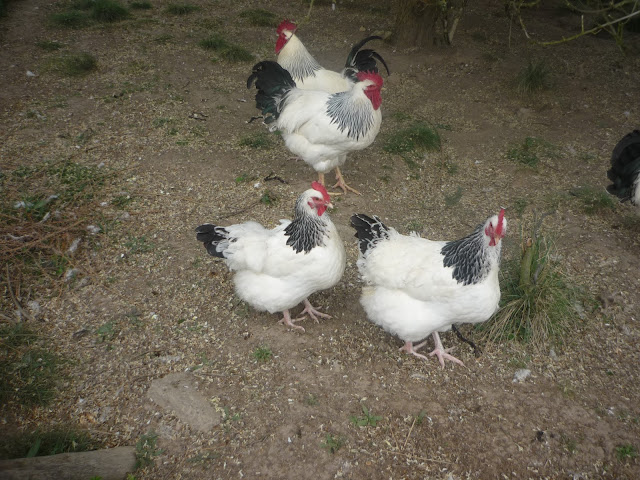 Another interesting difference with Light Sussex chooks is that pure-bred birds have grey legs - such as the rooster in the background while birds that have been crossed somewhere with a Coronation or other Sussex have orange legs. All this year's chicks were born with orange legs so I will have to wait to see if and when the grey kicks in. 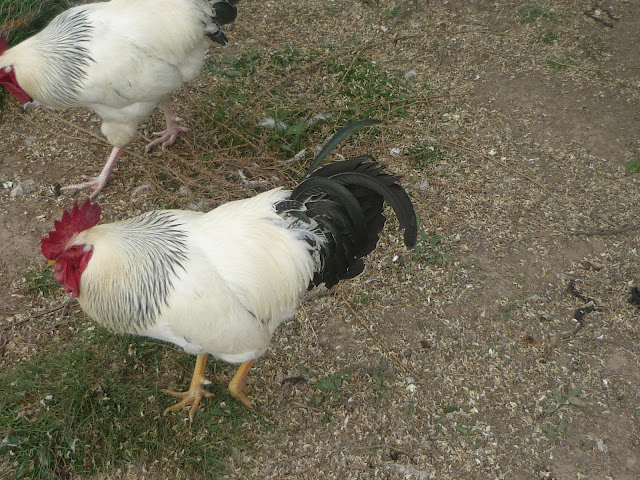 Email ThisBlogThis!Share to TwitterShare to FacebookShare to Pinterest
Labels: Chooks 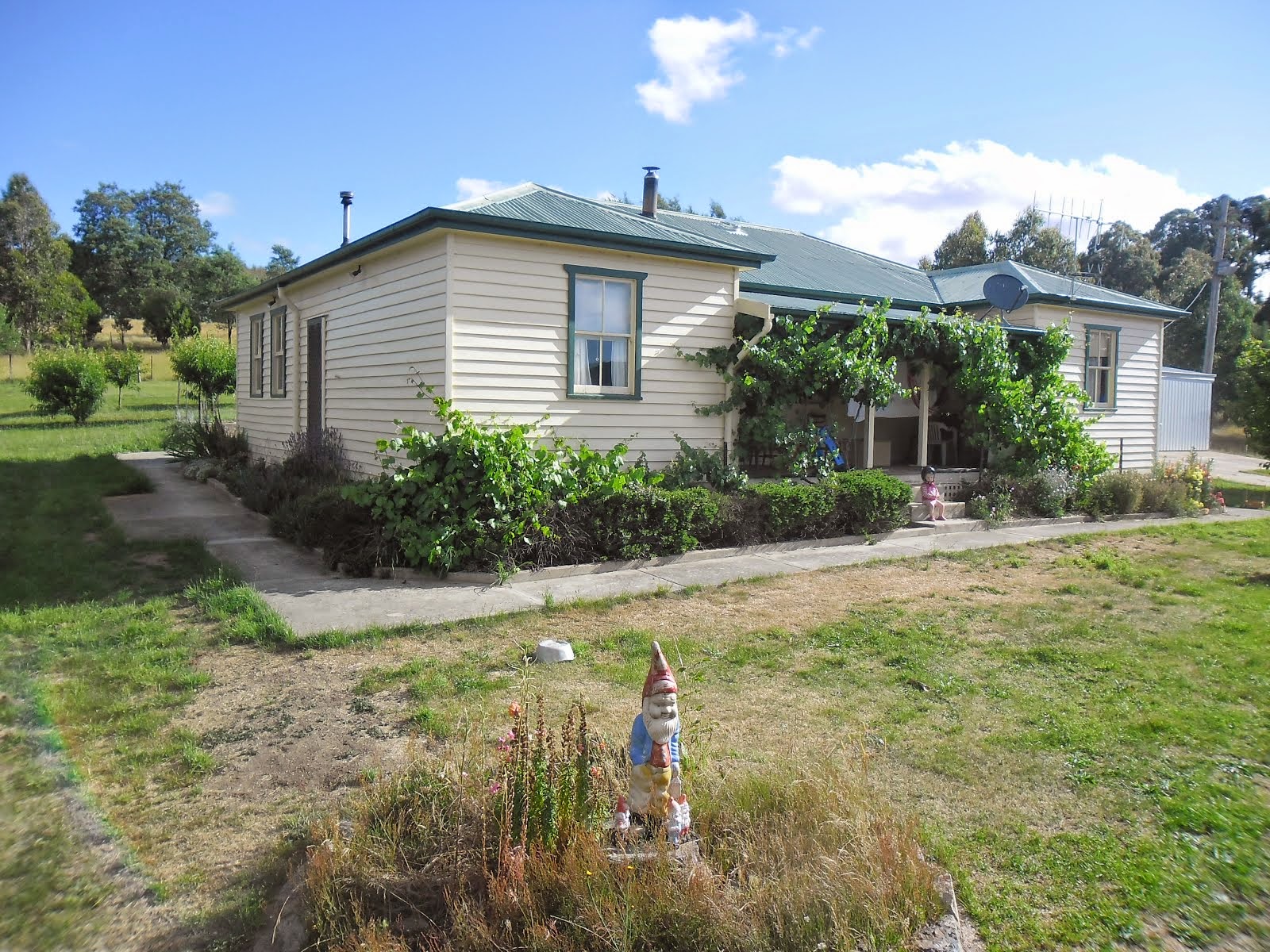